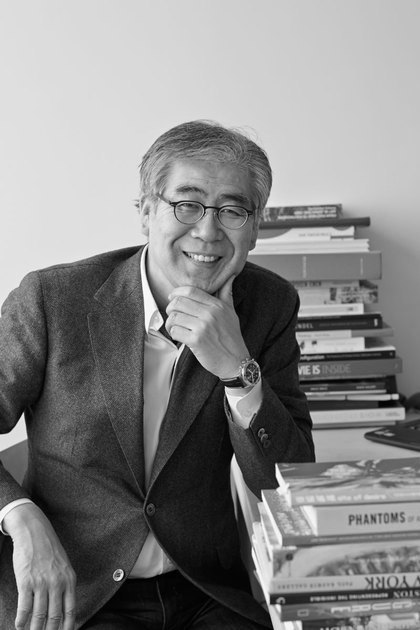 Nanjo Fumio was appointed Director of the Mori Art Museum in November 2006.

Nanjo served as the Museum’s first Deputy Director, from April 2002 until October 2006. Prior to that he organized numerous exhibitions as an officer of the Japan Foundation (1978-1986), as the Director of ICA Nagoya (1986-1990), and as the founder and Director of Nanjo and Associates (1990-2002). His main achievements include: commissioner of the Japan Pavilion at the Venice Biennale (1997); commissioner of the Taipei Biennale (1998); jury member of the Turner Prize at the Tate Gallery, London (1998); co-curator of the 3rd Asia-Pacific Triennial of Contemporary Art, Brisbane (1999); member of the selection committee of the Sydney Biennale (2000); specialist for the Japan Pavilion at EXPO 2000 in Hanover; artistic co-director of the Yokohama Triennale (2001); jury member of the Golden Lion Prize, Venice Biennale (2005); artistic director, Singapore Biennale(2006).

Nanjo has also curated numerous public art and corporate art projects. Nanjo holds various positions on public and private boards and committees including Vice-Presidency of the Association International des Critiques d ‘Art (AICA) and Membership of the Board of the Comite International des Muses d’Art Moderne et Contemporain (IMAM). He is also involved in the selection committees of several art awards and artist-in-residence programs.

Born in 1949 in Tokyo, Nanjo received his Bachelors of Arts in Economics and Aesthetics from Keio University.